Infections of any kind can be harmful to the functioning of the human body, especially when left untreated. Certain types of infections have been found to damage the reproductive systems of both men and women, resulting in fertility loss and in some cases infertility.

Can Infections Cause Infertility?

Infections of any kind can be harmful to the functioning of the human body, especially when left untreated. Certain types of infections have been found to damage the reproductive systems of both men and women, resulting in fertility loss and in some cases infertility.

This is not an uncommon problem. In fact, infections in the male reproductive tract account for about 15% of all male infertility cases, while 2.5% of all women become infertile as a result of pelvic inflammatory disease (PID) by the age of 35.

While these numbers may be startling, long term damage can often be avoided by treating infections quickly. The best way to ensure that this happens is by educating people about the dangers of these infections, how to protect themselves, and what symptoms to look out for.

Infections and infertility in women

Pelvic infections in women are often caused by damage to their fallopian tubes or other reproductive organs, interfering with the reproductive cycle which can lead to infertility. Often these infections are caused by untreated sexually transmitted diseases, but this is not always the case.

Let’s review the main types of infections that can lead to infertility in women.

PID is an infection in the female reproductive organs resulting from bacteria spreading from the vagina to the uterus, fallopian tubes, or ovaries. One of the most common causes of PID is untreated STDs (sexually transmitted diseases) like chlamydia and gonorrhea. 10-15% of women with untreated chlamydia will develop PID.

The good news is, PID can be avoided by treating these STDs early. The bad news is that many women infected with chlamydia or gonorrhea do not experience any symptoms. The only way to ensure that sexually active women are not infected with an STD is by practicing safe sex and getting tested regularly.

Women with PID may experience symptoms such as abdominal and back pain, irregular periods, unusual vaginal discharge, or nausea and vomiting. However, some women might not experience symptoms at all. When caught early, PID can be treated with a 14-day course of antibiotics.

That said, 15-20% of women who have had PID have been found to experience fertility issues. The fact that PID can often be avoided displays how important it is to educate women about STDs and how to protect themselves and their sexual partners.

TFI is one of the most common causes of infertility in women accounting for about 33% of cases worldwide. These numbers are even higher for women in developing countries, standing at up to 85% in certain regions of Africa.

TFI occurs when a woman’s fallopian tubes become inflamed due to an infection, making reproductive function difficult and in some cases impossible. Many women with PID later develop TFI, but TFI can also be developed on its own. Much like PID, TFI is often the result of untreated STDs like chlamydia and gonorrhea. However, in 13% of cases, TFI is caused by endometriosis in which scar tissue grows and blocks the fallopian tubes.

Much like PID, many women with TFI do not display any outward symptoms and may not know that they are affected until they try to conceive. Depending on the level of damage to the fallopian tubes, surgery might be a viable option to help women achieve a natural pregnancy. IVF is the best option for a successful pregnancy if the fallopian tubes are too damaged. 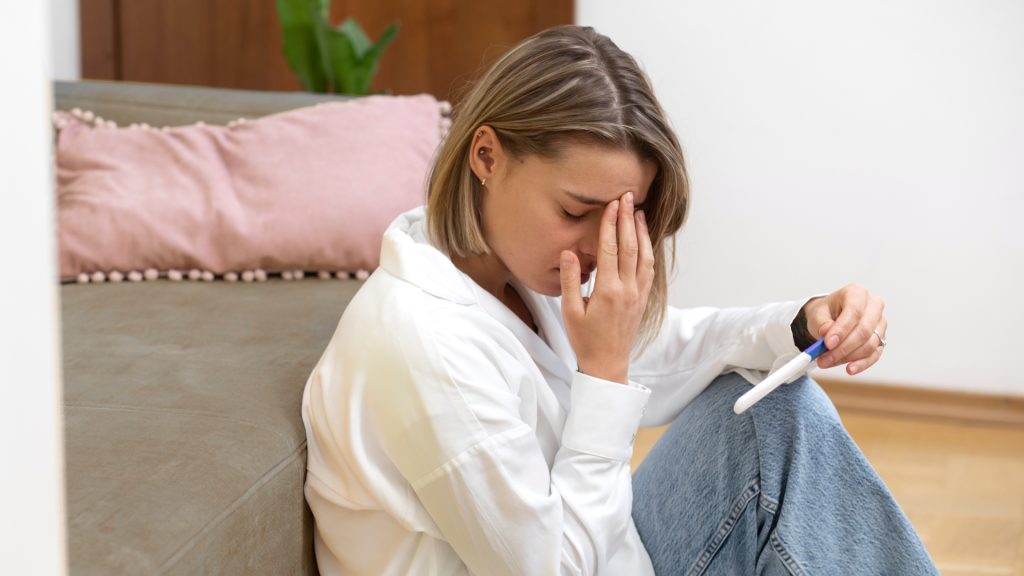 BV is a genital tract infection that is quite common, affecting around 29% of women of reproductive age. In layman’s terms, BV is caused by an imbalance of the natural bacteria found in the vagina. BV is not sexually transmitted but can increase a woman’s risk of contracting an STD.

Many women with BV do not experience symptoms, but those that do complain of vaginal discharge with a fishlike odor, vaginal itching, a burning sensation when peeing, and white or gray discharge. The infection can be treated with a round of antibiotics. However, when left untreated BV can lead to PID and other long-term damage to reproductive organs resulting in fertility issues. One study found that 19% of infertile women also have BV.

To ensure the BV will not spread, women should refrain from engaging in any sexual activity until the infection has been fully treated. To avoid BV, women also incorporate good vaginal health practices like wearing breathable underwear and avoiding harsh soaps.

HPV is the most common sexually transmitted infection (STI) and affects more than 43 million people. There are many strains of HPV, some of which are more dangerous than others. Studies have found that women with HPV experience fertility issues, but there is not enough information available to healthcare providers as to the exact cause.

Many strains of HPV go away on their own, but those that do not can have a negative effect on the outcome of IVF and other assisted reproductive technology methods. Women can protect themselves from HPV by once again practicing safe sex. They can also get a series of vaccines that will protect them from many of the strains of HPV.

Infections and infertility in men

Infections that cause infertility in men can be linked to either problems with sperm production or problems with the passage of sperm due to inflammation of the genital tract. Learning what to look for can help reduce the chances that these infections will lead to infertility.

Orchitis is a condition in which one or both of the testicles become inflamed due to bacteria. In some cases, men experiencing orchitis will also experience prostate infection. Orchitis can be caused by STDs such as chlamydia or gonorrhea, but can also be contracted from non-sexually transmitted bacteria like E. coli, or even viruses like the mumps.

Symptoms of orchitis are pain and swelling of the testicles, pain during ejaculation and urination, nausea and vomiting, fever, and an enlarged prostate. Treatment will include a combination of antibiotics, anti-inflammatories, and ice to ease the swelling. It is extremely important that men seek treatment as early as possible to avoid long term damage.

When left untreated, orchitis can lead to irreversible damage to sperm quality and production, leading to fertility loss. While orchitis is known to be a common cause of male infertility, exact numbers are not available.

Epididymitis is an infection that causes a tube at the back of the testicles to swell, making it difficult to release sperm. Epididymitis is often accompanied by orchitis and the symptoms are similar. The infection is most common in sexually active men under the age of 35.

The cause of the infection is often untreated STIs like chlamydia or gonorrhea, but can also be caused by untreated urinary tract infections. When caught early, epididymitis can be treated with antibiotics. Untreated epididymitis is one of the top causes of male infertility, affecting as many as 40% of patients.

HPV has been found to decrease sperm quality and is directly correlated to male infertility. One study found that HPV was linked to 16% of men seeking fertility treatment, but further studies must be conducted in order to gain a more comprehensive understanding of the effects of HPV on male infertility.

There is no treatment for HPV in men, but doctors can treat the symptoms if there are any. Men can also get a series of vaccines against certain strains of HPV, but the best way to protect against the virus is by practicing safe sex.

Many infections that lead to infertility can be avoided. The subject of safe sex may be considered taboo by many, but one of the consequences of insufficient sex education is people not knowing how to protect themselves, or what they are protecting themselves from. If people are more aware of the potential dangers of untreated infections, hopefully, we can avoid as many future cases of avoidable infertility as possible.

Infection and pregnancy: which health hazards do you need to avoid?
Maintaining good health is always a concern, but when you’re pregnant or trying to conceive, the world can feel like it’s full of germs and infections.
Read more

Infection and pregnancy: which health hazards do you need to avoid?
Maintaining good health is always a concern, but when you’re pregnant or trying to conceive, the world can feel like it’s full of germs and infections.
Read more